When education moved from the classroom into homes in 2020, there were concerns that children, especially those from minority and low socioeconomic backgrounds, would fall behind. The IT professionals behind one network of US schools devised innovative solutions to keep their children ahead.

Education has been forever changed by the COVID-19 pandemic – or more specifically, it has evolved thanks to dedication, talent and technology.

It was a 'scramble', remembers Stephanie Keenoy, a teacher and superintendent at Achievement First, a network of 41 public charter schools in the eastern US states of Connecticut, New York and Rhode Island.

'We had to make the decision to close all of our schools one Friday but by Monday we needed to have a plan of how we were going to educate our 15,000 children – and it was never a question of whether we would provide excellence.'

For Achievement First, the stakes of lockdown were high. Many of the children across its network come from minority and low socioeconomic backgrounds and didn’t have access to technology or the Internet.

'We serve mostly underprivileged Black and Latino children. We know that even pre-COVID, one day of missed learning could have lasting effects.'

The school community looked to the IT department for answers. As Vice President of Technology, Marques Stewart was tasked with the challenge of his career: how to direct his team of fewer than 20 people to provide around 2,800 staff and 15,000 children across three states with access to vital technology that many had never used before.

The moment that they realised that schools were going online, Achievement First’s IT team purchased thousands of Chromebooks and MiFi dongles before stocks vanished.

Together with teams from individual schools, they collated their inventory of laptops – disinfecting them, updating them and preparing them for home use.

That meant installing familiar software such as Google Meet, Google Classroom and Google Docs, as well as programs never before used at a state level.

'We got it all done but it was very, very hard', Mr. Stewart said.

An IT professional’s work doesn’t stop once setup is complete. Throughout the pandemic, the inevitable problems with hardware, software and Internet access cropped up on a daily basis.

The team responded by providing an efficient ticketing system for tech requests, one-on-one phone support and resources and FAQs that aimed to make remote working easier – all on top of their usual workload.

In the autumn, some children returned to the classroom, which meant teachers had to teach both on-site children as well as those at home – often at the same time.

'We installed cameras and screens in classrooms, and trained teachers to patch in the children who were still remote', Ms Oliveros explained.

'The minute the video came up, the childrens’ faces in the video just lit up as they saw the children at school. I think it was exciting for them to see their classroom again.'

'That made me feel very proud about the work that we did. The children could see the technology at work, and their emotion in that moment was very much like, "Oh, this is so cool".

'We were finding ways to do crazy things that we’d never done before, but it was all worth it because those children were able to get an education.'

Mr Stewart says that the COVID crisis gave his team an opportunity to show that they care for their children and their educational outcomes as much as teachers do.

And it felt good to be recognised, he says, when IT professionals are so often invisible.

'Before we were on the periphery. This year we were front and centre', he said.

'I’m proud of the flexibility, the ingenuity and the hard work that the team put in to make the school year possible. We were stretched in ways that I hope we are never stretched again.'

Looking back, Ms Keenoy says the past 18 months have been 'the hardest and most challenging' of her 18-year career. But she describes the IT team members as 'the superheroes'.

Our schools would not have been able to function last year without our IT department. Children, teachers, families and leaders got what they needed because of them.

'It got stronger in a year when most of our children were remote,' Ms Keenoy said. 'Our students actually grew academically.

'Our children got an excellent education last year and I’m truly grateful.'

'You can be creative using technology to fill in the educational gap. And I think that was eye opening.' 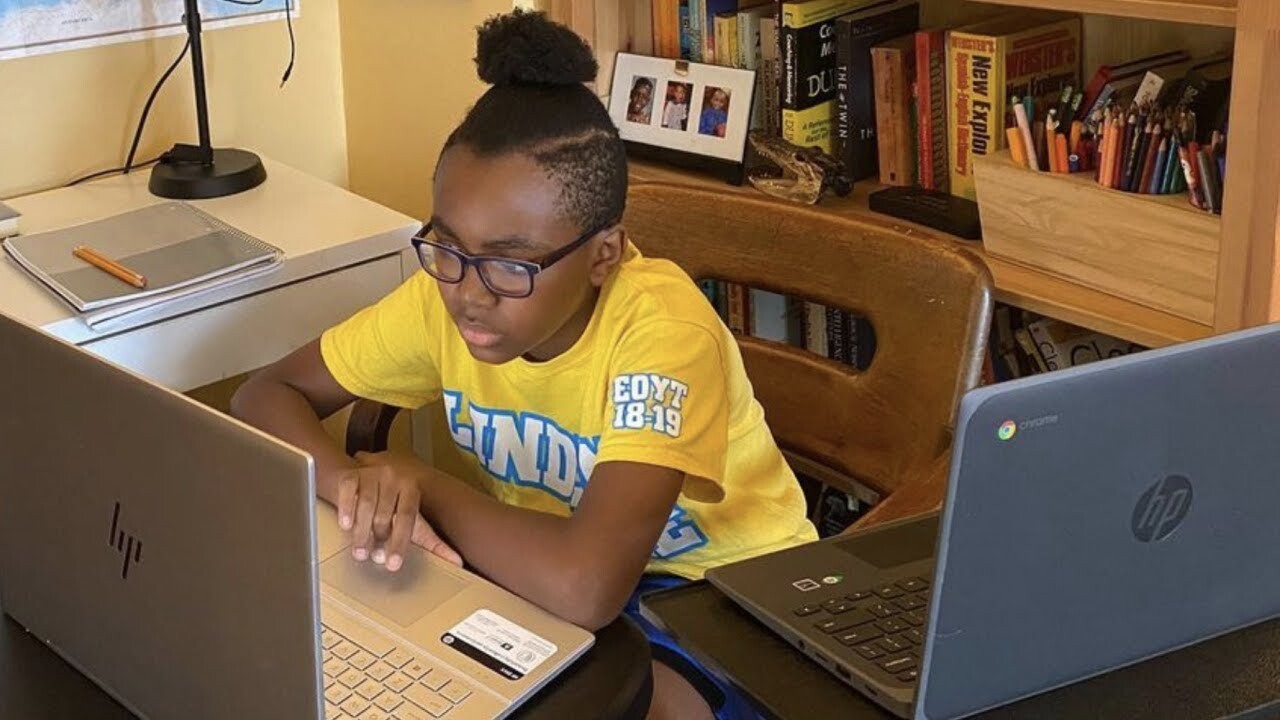 Celebrate a Leaptaker who you know

IT teams do extraordinary things every day. You can help them get noticed. Create a personalised thank you message and share it using the #Leaptakers hashtag or via email.

Google uses cookies to deliver its services, personalise ads and analyse traffic. You can adjust your privacy controls at any time in your Google settings.